I went to Linux Fest Northwest last month. (I started writing this right after and delayed a little in posting it. Sorry.) It was a beautiful experience and I would like to talk about it a little. 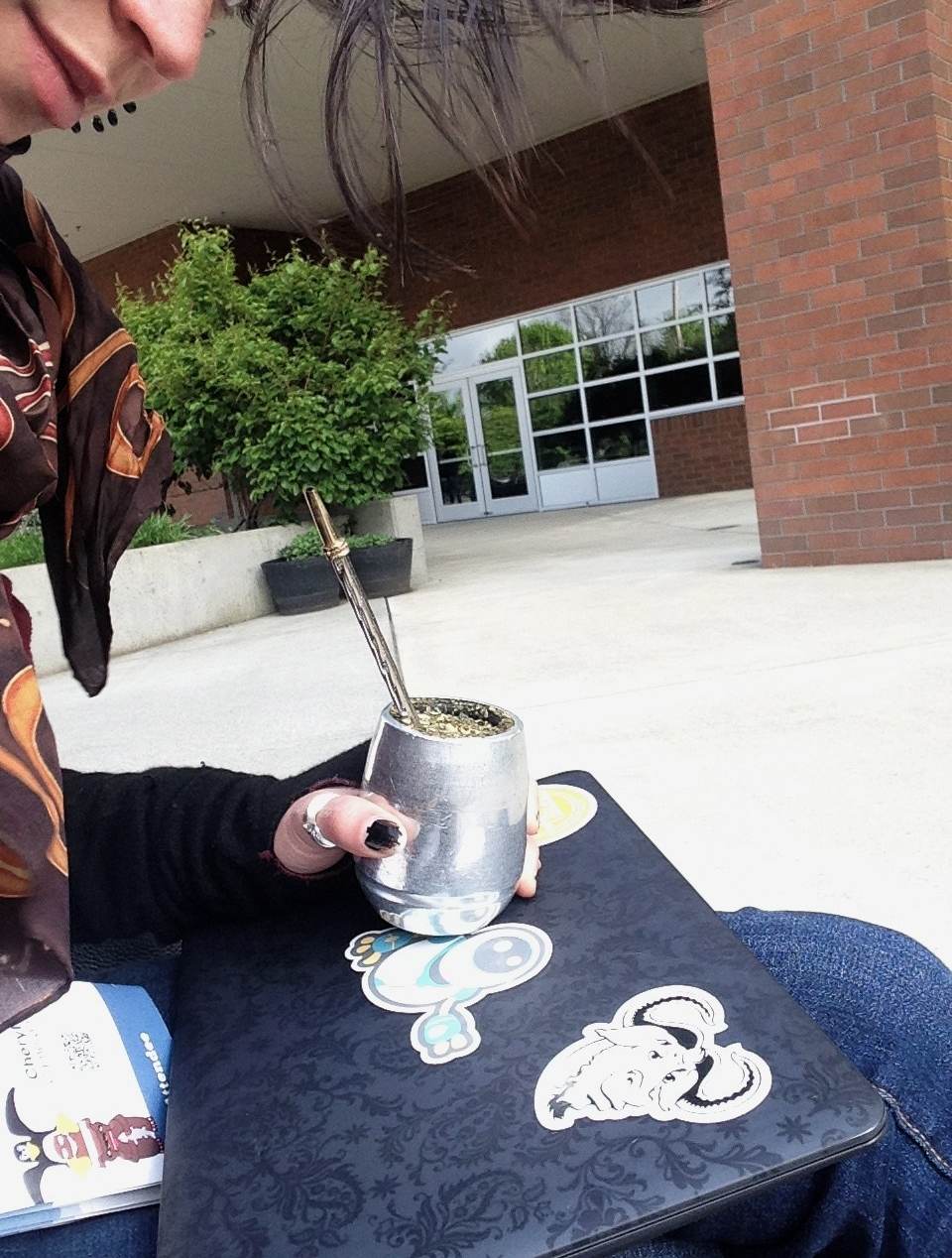 My love of Linux has gone on for some years. I heard about Linux Fest through some of the open source folks I listen to on Youtube and the like. I decided to splurge for it, since it was only a five hour drive from my home. The conference itself is free, I had only to cover my room and board. That seemed an acceptable splurge, so I found a trailer to camp in through Air BnB and went for it.

In meeting people at Linux Fest, and in telling people I was going beforehand, I got a bit of the “is your boyfriend into that stuff? Why are you here…?” vibe. It was mildly entertaining. I guess I should look nerdier so people won't assume I don't belong. On the other hand, who cares? I compensate with stickers on my laptop. But Linux and Free Software has been a major part of my life for at least five years, so I was excited to attend, learn more, indulge my love of Free Software, and wander around Bellingham (a delightful place) for a weekend. And for the record, my fiance thinks free software is nice and all, but runs windows and had stuff he’d rather do with his friends than come along to LinuxFest.

Don’t need no boyfriend to Linux out!

LinuxFest itself is free to attend. The students of Bellingham Technical College work hard to make it all work, and it ran smoothly. There are sponsors and booths that help to cover the expenses of the conference itself.

There were two full days of talks to attend, ranging from Linux 101 and other intro sessions to technical stuff for programmers that were way over my head. So that’s perfect. I chose a handful of middle-weight talks, including some Bryan Lunduke, (I recommend his tech channel – he makes nerdy things entertaining and approachable), some talks by lawyers with the ACLU discussing security and surveillance issues, talks about FreeNAS and BSD, OpenSuse, using Keepass, maintaining networks. Some was a little over my head, some a little under, but I learned stuff and sparked new areas of interest.

As an aside, there is something amazing and peaceful about a conference of roughly two thousand introverts. The whole atmosphere felt very mellow, safe and comfortable. I don’t think a conference the same size with a random cross section of humans would have felt so comfortable for a woman on her own. Women were a minority, but we were there. So thank you, Linuxers, for being a lovely group of humans. The people I interacted with were kind and welcoming.

I describe my interest in Linux as a combination of a love of computer tinkering, and love of the mindful philosophy behind it: responsible, egalitarian, freedom-respecting computering. As technology advances, it becomes more and more important to handle it responsibly. This conference highlighted how many of the issues we have are no longer about the technical feasibility of it (kind of amazing in itself), it’s now about economics, power structures and infrastructure. To make using computers in a freedom- and privacy-respecting way the norm, the challenges are about how to finance it, make people aware of their choices and their rights, put pressure on companies not to exploit users and their data. It’s all about activating community and building grass roots movements and empowering individuals.

I would like to learn more and connect more with the community. Not sure how this will manifest, but there is a Seattle GNU/Linux group, and they host their own conference in October. I also appreciate the community approach brought by OpenSuse, (which I have been playing around with). There are good things happening, and I am inspired to take part. The attendance for the fest has been increasing, and that’s a great trend.

Linux Fest NW has a web site and YouTube playlist where they post all the videos from the conference. Check them out. I attended, and am still glad they have the video archive, as there were too many good talks to choose from, and I missed out on some good stuff because of the inevitable scheduling conflicts.

A side note: at the end of the fest I wandered around Bellingham, stared out across the water (always love that) and had a ridiculous filled doughnut from Rocket Donuts. An annual doughnut is a good idea, and that one was darn good.

In summary: Rock on Linux Fest. Support these guys and attend when you can. I’ll be back next year.